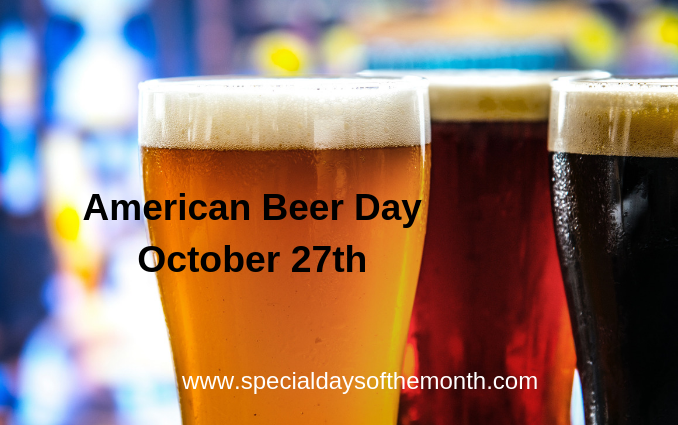 Beer Day also known as American or National Beer Day, is celebrated every year on October 27th. With beer being the most popular alcoholic drink in the United States, it only seems right it has its very own day to celebrate the drink. Beer is a fan favorite for Americans. Breweries across America include large, well-known brands, regional beers, and increasingly popular craft breweries.

When is American Beer Day?

How is American Beer Day celebrated?

Trivia and Facts for the Day:

Celebrities who celebrate their birthday on October 27:

Do you have a favorite type of beer? Do you celebrate this day with a beer? Other holidays to celebrate in October include National Pasta Day, National Sweetest Day, National Coming Out Day and many more!

There is also German Beer Day and National Beer Day which is celebrated on April 7th.