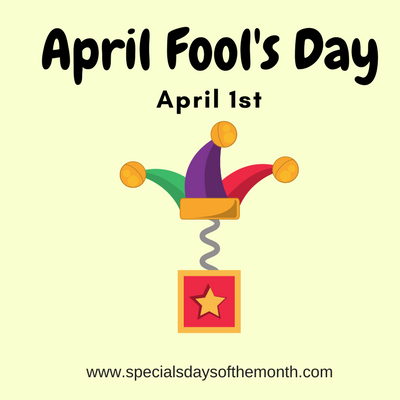 When is April Fool’s Day?

It is always on April 1st

While well known, it is an unofficial holiday. Fun.

How to Celebrate the Day?

If you’re looking for a good trick for April 1st, do a quick search on the internet. Quite a few can be found.

What is your favorite April Fool’s Day trick? Share and let us know!!