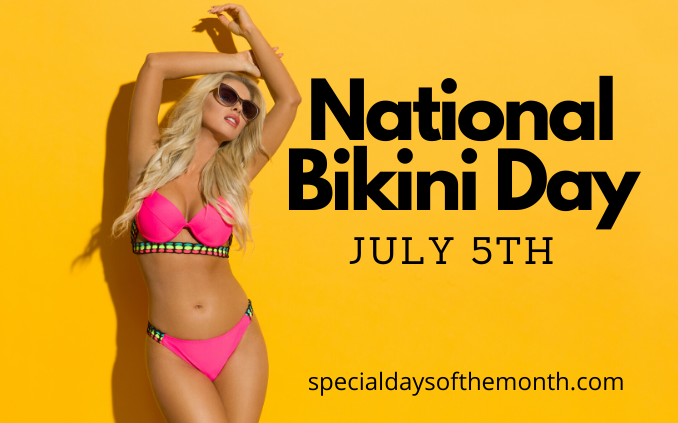 International Bikini Day is celebrated on July 5th, coincidentally the same day as National Hawaii Day. July 5th is the day the bikini was invented, by Paris designer, Louis Reard. Due to how revealing it was, the bikini took time to take off in the fashion world. The swimsuit became more acceptable as film stars like Brigitte Bardot and Raquel Welch were photographed wearing them.

When is Bikini Day:

How to Celebrate Bikini Day:

Facts/Trivia about the Day:

Other holidays celebrated on July 5th include: