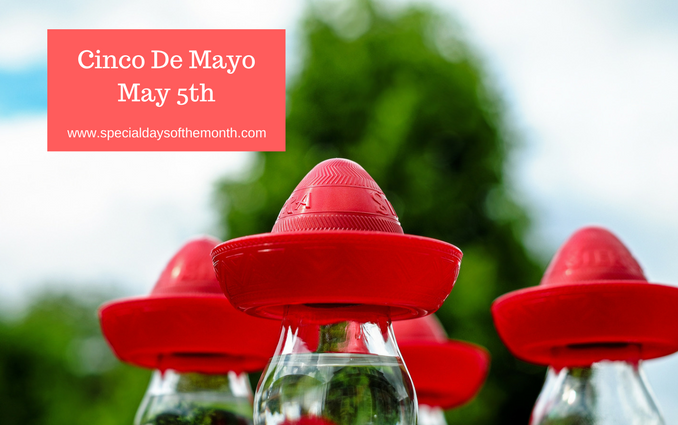 While Cinco de Mayo is celebrated in the U.S. by going out for a margarita, do you know what you are celebrating? The day honors the victory of Mexico over the French Empire at the Battle of Puebla on May 5, 1862.  The Mexicans did not win the war but did win this battle. It lasted for four hours.

When is Cinco de Mayo Celebrated?

Annually on May 5th

How is Cinco de Mayo celebrated?

Celebrities who celebrate their birthday on May 5th: