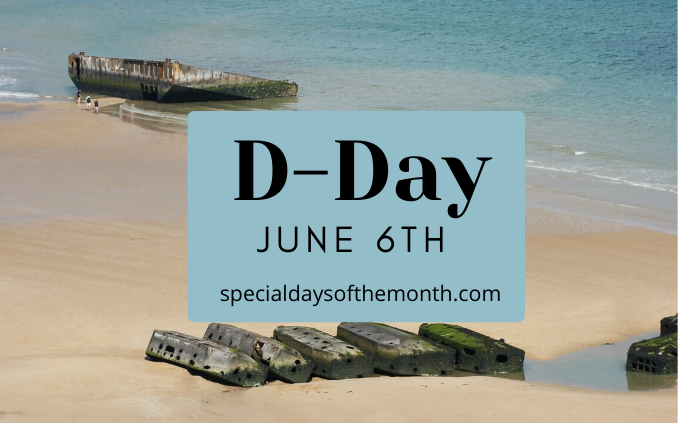 D-Day was the turning point of World War II. Taking place in Normandy, on June 6, 1944 the Allied Forces of Britain, America, Canada, and France attacked German forces on the coast of Normandy, France. The Allies attacked and won. This was the beginning of the end for the Germans – mostly Hitler.

When is D Day Celebrated?

How to Honor the Day?