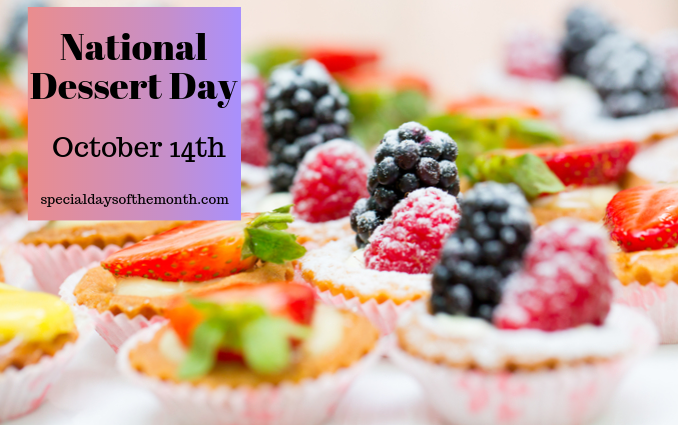 National Dessert Day is a for people to satisfy their sweet tooth and to go ahead and enjoy the dessert of their choice. Today is the day to enjoy all of those decadent sweets without the guilt. There are quite a few treats out there for you to enjoy – including brownies, cakes, pies  ice cream or chocolate desserts.

When is National Dessert Day?

Popular Hashtags to promote the holiday:

People who celebrate their birthday on October 14th:

National Dessert Day happens to be on Columbus Day and is just one of the holidays celebrated in October. Halloween, Taco Day, Coming Out Day, Arthritis Day and many more!!