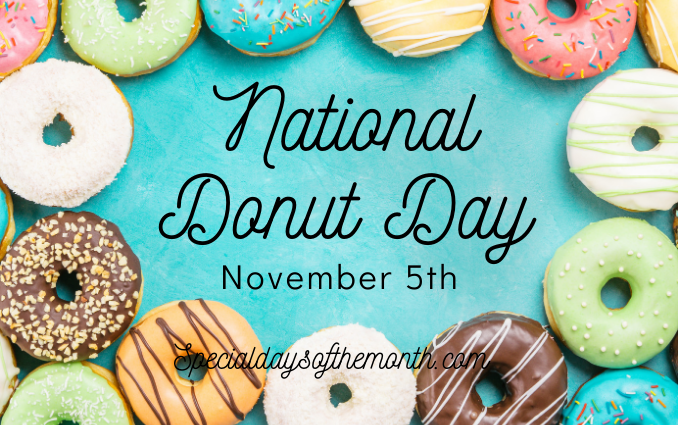 A day so important it is celebrated two times a year. The first day the holiday is celebrated the first Friday in June and then five months later the donut is celebrated again on November 5th. The “official” day of the holiday is said to be in June. The first date was created during World War I, when female volunteers delivered donuts to soldiers on the front lines in France. An interesting fact is the donuts were fried in the metal helmets. As for the November 5th date for celebrating the holiday, there is no founder or history and some believe the date was founded by a donut retailer.

When is Donut Day Celebrated?

How to Celebrate National Donut Day:

Facts and Trivia about the Day:

Do you have a favorite donut?