Easter Sunday – The 1st Sunday after the 1st Full Moon 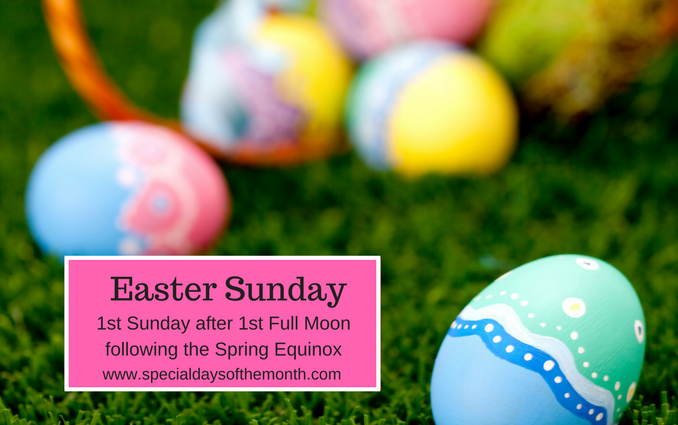 Easter Sunday is a religious holiday that takes places every year on a Sunday. The meaning of Easter is that the holiday celebrates the resurrection of Jesus Christ and falls between March 21 and April 25, on the first Sunday after the first full moon following the northern spring equinox.

Easter is on the first Sunday after the first full moon following the northern spring equinox between March 21 and April 25th. Easter takes place on April 1, 2018 and April 21, 2019.

How do you Celebrate Easter?

Celebrities who celebrate their birthdays on April 1st: