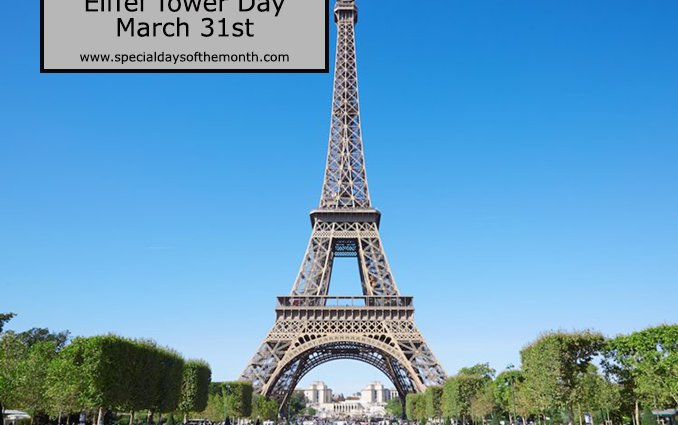 The Eiffel Tower officially opened on March 31, 1889. The tower was designed by Gustave Eiffel. Eiffel also designed the framework for the Statue of Liberty, located in New York. The tower is one of the most famous towers in the world and is an iconic symbol of Paris.

When is Eiffel Tower Day?

Every year on March 31st

How to Celebrate the Day?