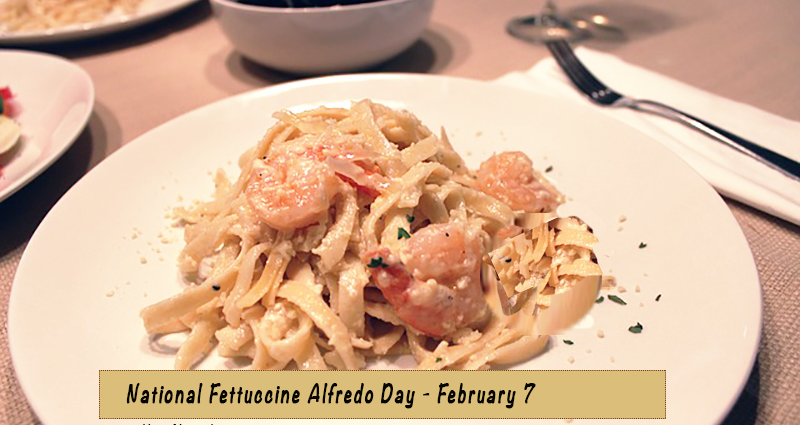 When is National Fettuccine Alfredo Day?

National Fettuccine Alfredo Day is celebrated every year on the 7th day of February.

This interesting food holiday was founded in 1908 by an Italian restaurant owner, who invented the dish in an effort to help wet his wife’s appetite. After having a baby, his wife had no desire to eat, so he created a dish of noodles, cheese, and butter. She enjoyed the meal so much, she requested he put it on his restaurant’s menu located in Rome. Needless to say, the meal became popular in Italy and very soon after, the world.

The holiday is celebrated the only way it could be – by eating the delicious dish of noodles, butter, and cheese. Whether you go out to dinner or create the magnificent dish at home, as long as you are eating the dish, you are celebrating the creation. It is suggested to share the dish with friends and family, good food tends to bring people together. Check out this “to die for recipe from All Recipes.”

Celebrities who celebrate their birthday on February 7th: