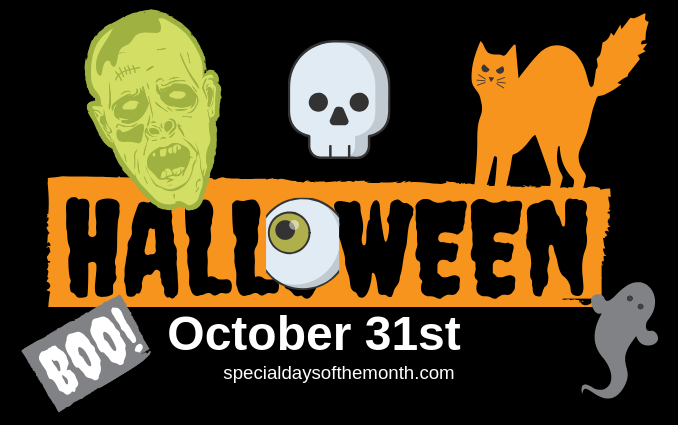 While most people celebrate Halloween by dressing up – did you know that many people believe Halloween began as a Christian holiday? There are a number of Halloween facts out there including the origins for the holiday. The day began from a Celtic festival for the dead called “Samhain.” Celts believed the ghosts of the dead roamed Earth on this holiday, so people would dress up as saints and go door to door to leave “treats” out on their front doors to appease the roaming spirits. In modern day times, the

Celebrated every year on October 31st

How is Halloween celebrated?

Celebrities who celebrate their birthday on October 31st:

There are several celebrities known for their Halloween costumes – including Heidi Klum, who has had an a party every year where she dresses up in an outrageous costume.