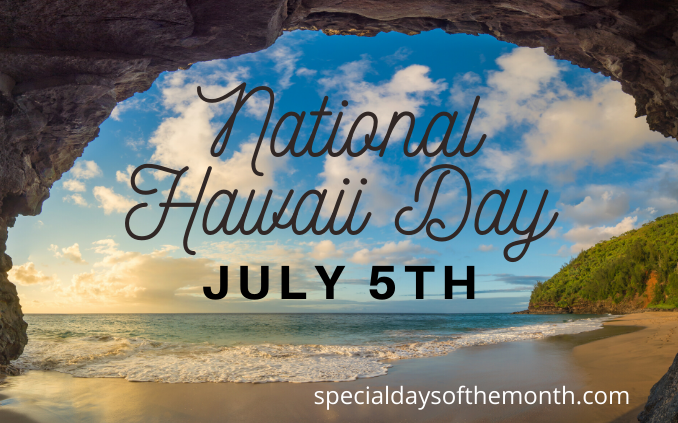 National Hawaii Day is celebrated on July 5th to honor the 50th state to be granted statehood. Hawaii is known as the Aloha State. It officially became the 50th state of the United States on August 21, 1959 – so we’re not sure why the state is celebrated on July 5th. There are eight major islands that make up Hawaii – including the more popular islands – Maui, Honolulu, The Big Island and Kauaii.

When is National Hawaii Day:

How to Celebrate Hawaii Day: