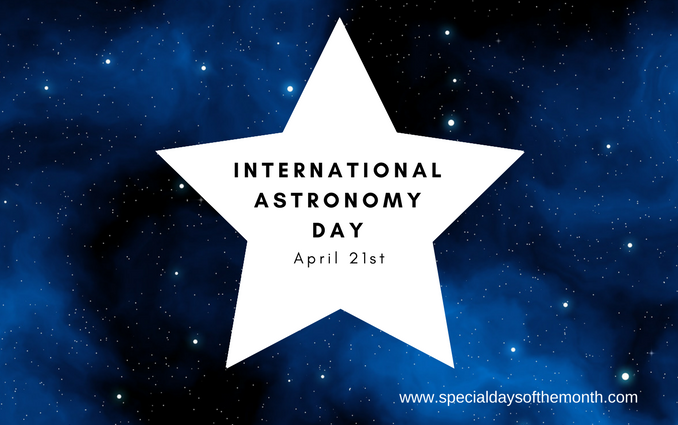 What is International Astronomy Day?

International Astronomy Day was created as a way to provide a means of interaction between the general public and various astronomy enthusiasts.  The unofficial holiday is an attempt to raise the interest of the general public in astronomy by giving them easy access to astronomical instruments such as telescopes, giving the public a chance to interact with astronomers and space scientists.

When is International Astronomy Day?

Celebrated every year on April 21st.

Celebrities who celebrate their birthday on April 21