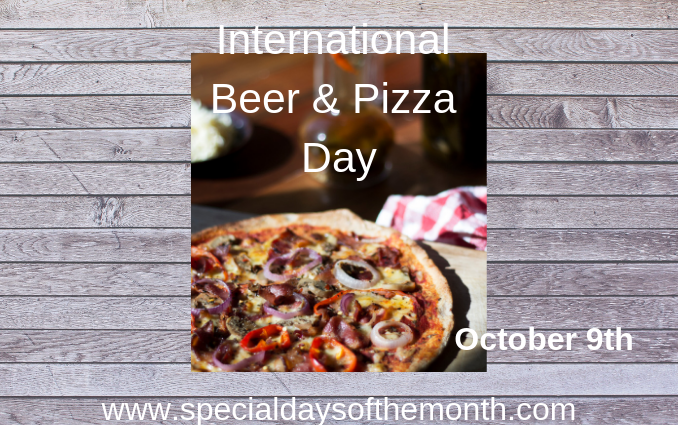 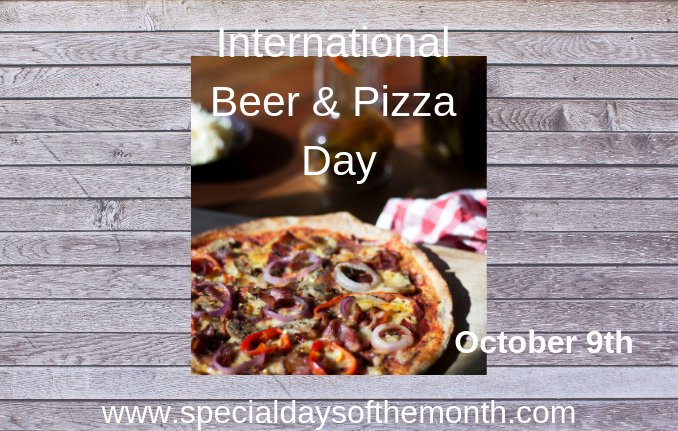 International Beer and Pizza Day is one of the most iconic food and drink combinations on the planet. Both beer and pizza come in a countless number of varieties and both are enjoyed by many different cultures all over the world. The day can be enjoyed by all – or most – you need to be of legal drinking age for the beer part.

When is International Beer and Pizza Day?

Celebrated every year on October 9th

How is International Beer and Pizza Day celebrated?

Celebrities who celebrate their birthday on October 9th :

Did you know beer has its very own Special Day? American Beer Day is also celebrated in October. Will you be celebrating?

How do you plan on celebrating the day? Do you have a favorite beer or pizza?