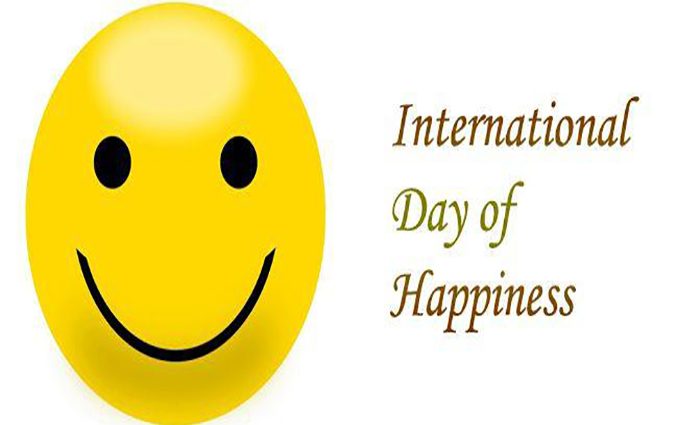 International Day of Happiness recognizes the pursuit of happiness as a fundamental human goal. The day was founded by United Nations adviser Jayme Illien on June 28, 2012, when all 193 member states of the United Nations General Assembly unanimously adopted the day.

When is International Day of Happiness?

Every year on March 20th

Official. While you are encouraged to smile, you will not get the day off.

How is International Day of Happiness celebrated?