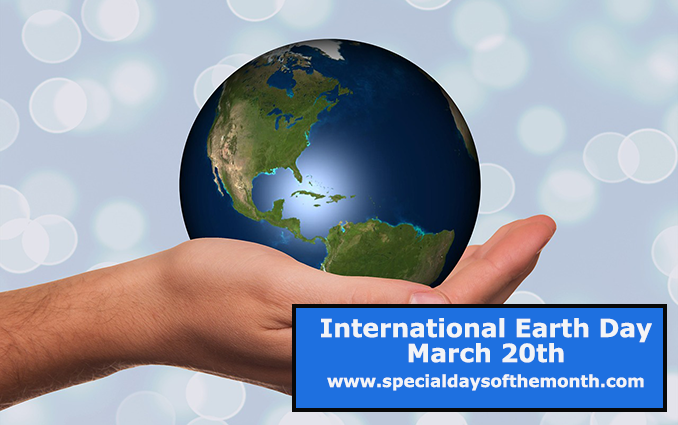 Not to be confused with Earth Day, International Earth Day is celebrated on March 20th.  The founder of this holiday was John McConnell, who died October 20, 2012 in Denver at the age of 97.  His idea was to honor the Earth and the concept of peace.

The holiday is celebrated on March 20th, the first day of Spring in the Northern Hemisphere. If you are confused about Earth Day being celebrated a month apart – so are we. The first holiday falls on the spring equinox, March 20th, while the second one is held one month later, on April 22. Apparently,  Earth Day is celebrated in April in the United States, but the “original Earth Day” is observed internationally on March 20th.

When is International Earth Day?

The same day as the Spring Equinox, March 20th

How is International Earth Day celebrated?

Celebrations are held throughout the world