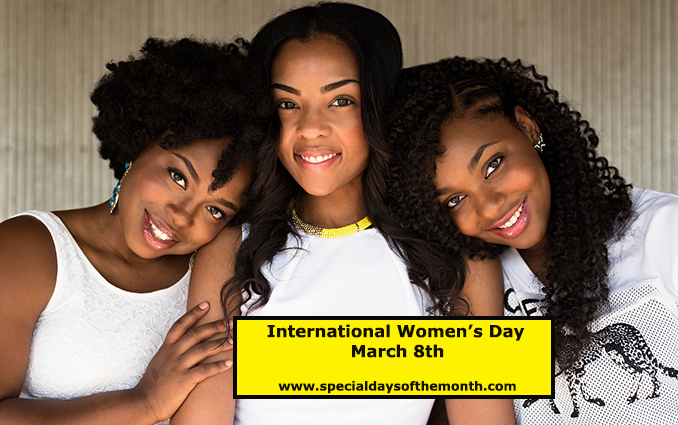 International Women’s Day (IWD) is celebrated on March 8 every year. This day commemorates the movement for women’s rights. The earliest Women’s Day observance was held on February 28, 1909 in New York when organized by the Socialist Party of America.  The day celebrates the economic, political and social achievements of women past, present, and future. It is a day when women are recognized for their achievements. Another name for this special holiday is the United Nations (UN) Day for Women’s Rights and International Peace.

When is International Women’s Day?

Celebrated every year on March 8th

How is International Women’s Day celebrated?

Celebrities who celebrate their birthday on March 8th: