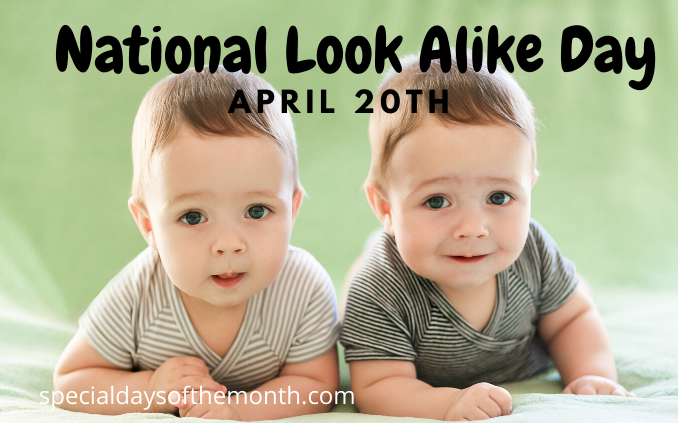 Look Alike Day is a fun holiday invented to celebrate identical twins, clones, copycats and anyone else who you look like or who looks like you.

When is National Look Alike Day?

The unofficial holiday with unknown origins encourages people to dress up and look like someone else. This person could be someone you look up to or a celebrity you are a fan of.

Celebrities who celebrate their birthdays on 20th April