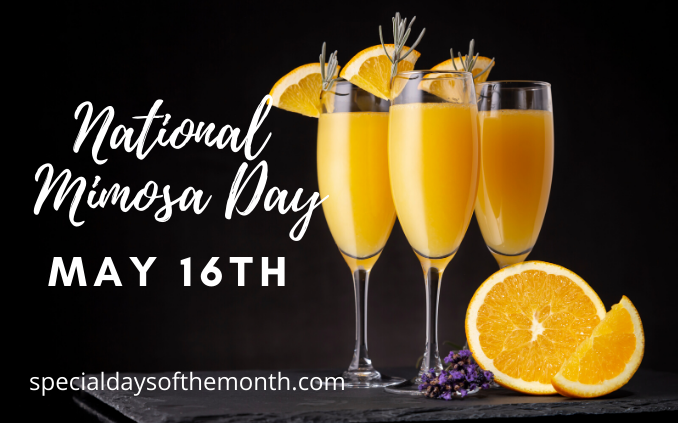 National Mimosa Day remains a mystery. There is no information on how it became a day to celebrate the drink – not that we mind, of course. The mimosa is a combination of champagne and usually orange juice. It is traditionally served in a tall flute at brunch and parties, like weddings and bridal showers.

When is Mimosa Day Celebrated?

How to Celebrate Mimosa Day?

Equal amount of orange juice and champagne – usually 2 1/2 oz of each
Preparation: Ensure both ingredients are well chilled and mix.
It is best served chilled and also to stir not shake when preparing.
Standard garnish for the drink: Cherries, Strawberries, Grenadine

Famous Birthdays on May 16th: