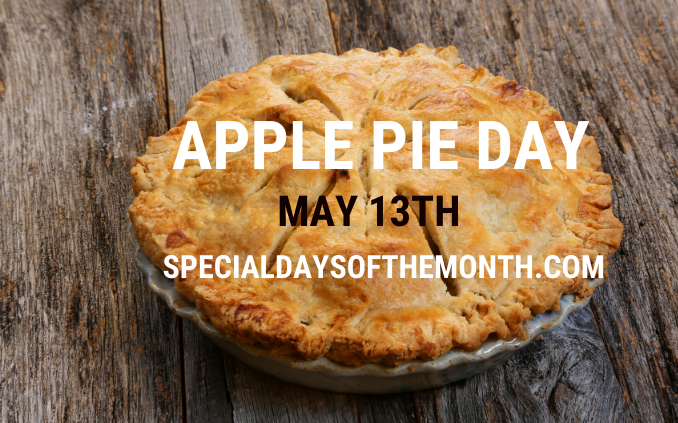 National Apple Pie Day is the one day a year where it’s all about this delicious pie. While the phrase as “American as apple pie” is frequently heard, the pie actually originated in Europe.

When is National Apple Pie Day?

Holidays Celebrated on May 13th:

How is the Day Celebrated?

Famous Birthdays on May 13th: