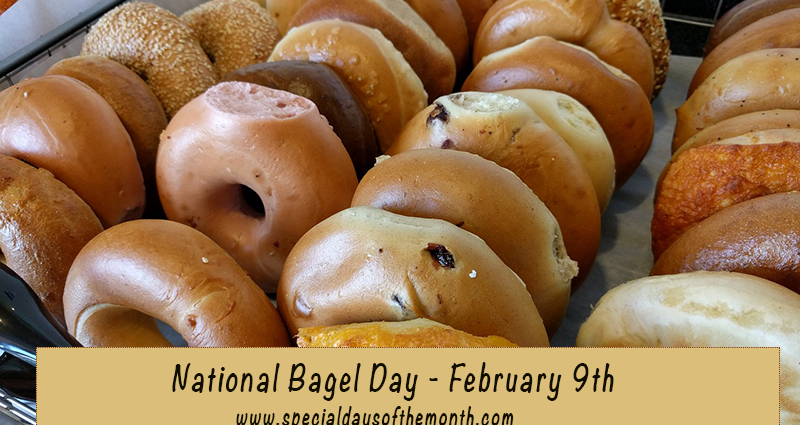 National Bagel Day celebrates the bagel. The origin of the bagel dates back to the 1600’s in Poland, where it was said to have been given as a gift to women who gave birth. The bagel soon became a staple of the Polish diet before showing up in London in the 19th century. The Jewish population is said to have brought the bagel over from Poland to the United States. Bagels became a thriving business in New York City.

When is National Bagel Day?

National Bagel Day is celebrated every year on the 9th day of February.

How is National Bagel Day celebrated?

The best way to celebrate National Bagel Day is by bringing bagels to work or having friends over for bagels. You can have it for breakfast with cream cheese, butter, lox or even egg and bacon. It also tastes delicious for lunch with tuna fish, egg salad or chicken salad.