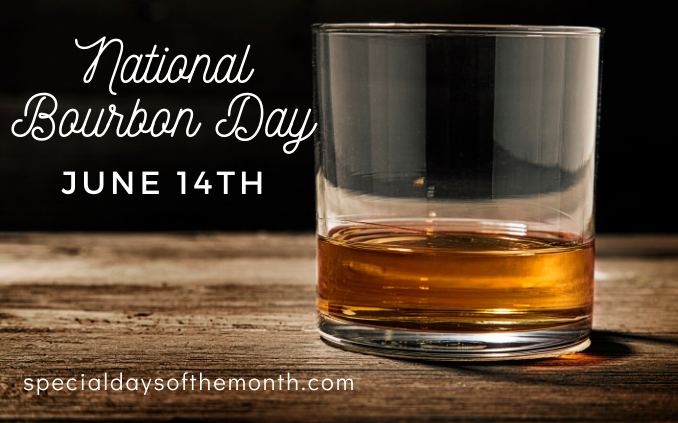 National Bourbon Day is celebrated on June 14th. Bourbon is a whiskey. In ordered to be legally considered Bourbon, it must be 51 percent corn, stored in new (not aged) charred-oak barrels and distilled no more than 160 proof and barreled at 125 proof. In 1964, a Congressional Resolution designated Bourbon as America’s native spirit. Since then, there is nowhere else in the world that can make a whiskey and call it Bourbon.

When is National Bourbon Day Celebrated?

How to Celebrate National Bourbon Day?

Facts/Trivia about the Special Day: