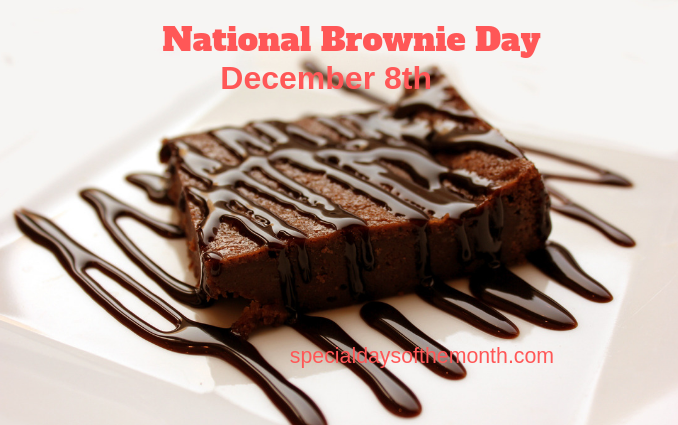 National Brownie day is all about the delicious, decadent chocolate dessert.  A brownie is a square, baked, chocolate dessert. Brownies come in a variety of forms and can include nuts, frosting, cream cheese, chocolate chips, and other various ingredients. A variation made with vanilla rather than chocolate in the batter is called a blonde brownie or blondie, which also has a special day to celebrate.

When is National Brownie Day?

National Brownie Day is celebrated every year on December 8th

How is National Brownie Day celebrated?

Celebrities who celebrate their birthday on December 8th:

Wondering how to make decadent homemade brownies??  We found an amazing brownie recipe for you! Leave a comment and let us know how they came out.

Check out other holidays in December here!!