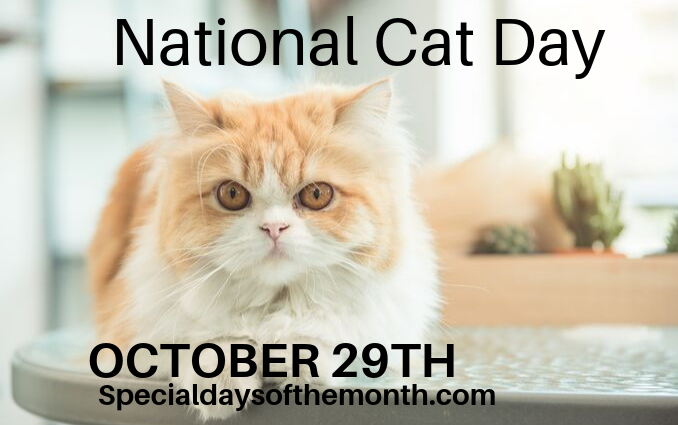 While National Cat Day should be celebrated every day for all the cat lovers out there, there is a special day set aside just for cats. This day was created to encourages cat lovers to celebrate the cats in their lives for the unconditional love and companionship they provide. Other cat days include, International Cat Day, which was created in 2002 by the International Fund for Animal Welfare, World Cat Day is celebrated on February 17th in much of Europe and on March 1st in Russia.

When is National Cat Day Celebrated?

How is National Cat Day Celebrated?

Celebrities who celebrate their birthday on October 29th:

There are a number of Special Holidays in October. Do you celebrate any of them?? Some of those holidays include Taco Day, Halloween, Mental Health Day, Coming Out Day and many more!!