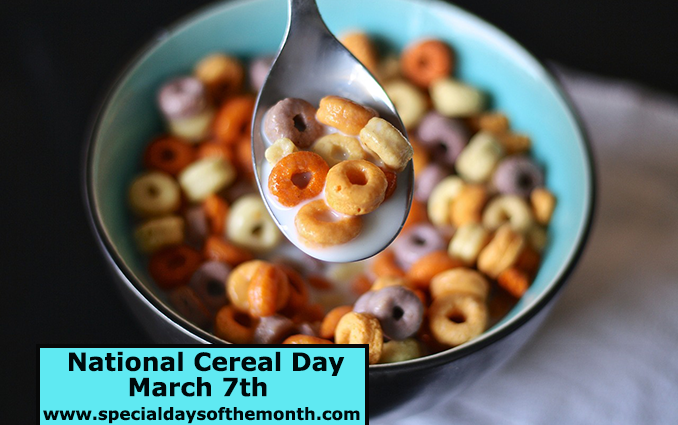 It’s only right that cereal gets its very own day – 49% of all Americans start their day with a bowl of cereal.  Since the end of the 19th century, cereal has become America’s most popular breakfast food. Cereal is no longer just for breakfast, it has become a popular bedtime snack, and some people even have a bowl for an evening meal. Cereal is also used in many cake, cookie and bar recipes with the most popular cereal used for a snack being, Rice Crispy Bars.

When is National Cereal Day?

How is National Cereal Day celebrated?

Celebrities who celebrate their birthday on March 7th :