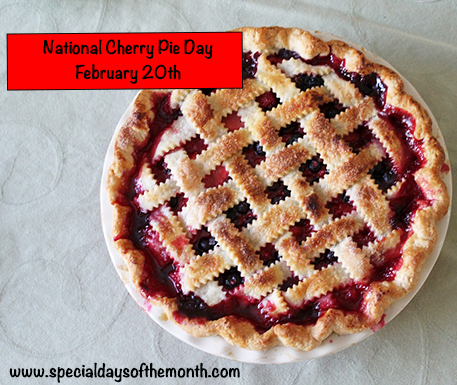 National Cherry Pie Day is the one day a year where it’s all about Cherry Pie. Not just any old pie, like we celebrate on National Pie Day but specifically a pie filled with cherries.

When is National Cherry Pie Day?