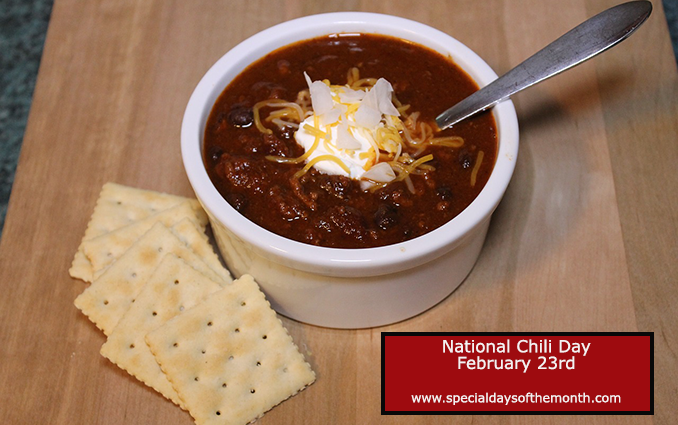 National Chili day honors one of America’s favorite dishes–chili, which is also known as chili con carne (chili with meat). There isn’t much known about how the holiday came about, but one story claims Sister Mary of Agreda, a Spanish nun in the early 1600s, who never left her convent yet had out-of-body experiences in which her spirit was transported across the Atlantic to preach Christianity to the Indians had written down the first recipe for chili con carne: chili peppers, venison, onions, and tomatoes after one of her “trips.” This doesn’t sound realistic but no one is around to deny it. Most historians believe the earliest written description of chili came from J.C. Clopper. Chili was created as a way to make the meat last longer. By adding other ingredients poor people were able to make it last.

When is National Chili Day Celebrated?

Type of Holiday Chili Day is?

How is National Chili Day Celebrated?