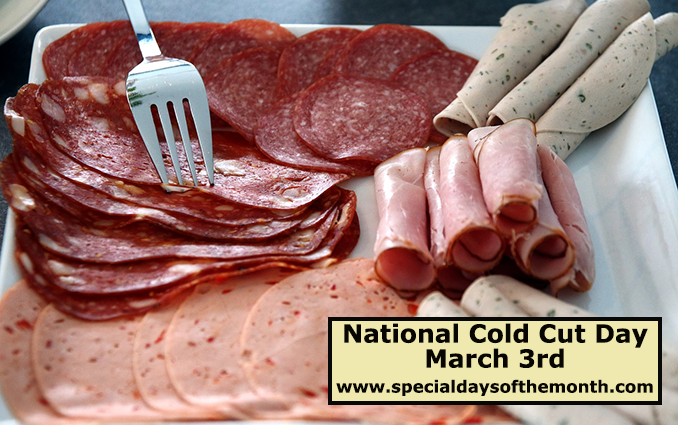 Cold cuts are sliced, precooked or cured meat. The term “cold cuts” refers to any cooked meat that is thinly sliced, often eaten in a sandwich. Roast beef, ham, and turkey are a few of the more popular sandwich meats, with slices carved directly from chicken, turkey breast, corned beef or other precooked sources. Since the products are made by combining meat chunks with artificial additives,  cold cuts are frequently high in sodium and not always a healthy alternative. Cold cuts are also referred to as luncheon meats, cooked meats, sliced meats, cold meats and deli meats

When is National Cold Cuts Day?

Celebrities who celebrate their birthday on March 3rd:

March 3rd is a very busy day with National Caregiver Day and National I Want You to Be Happy Day also celebrated on this day.