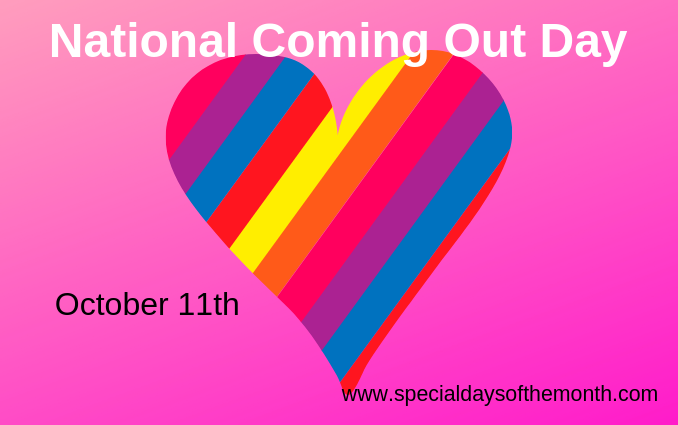 Coming Out Day is a day set aside where both men and women reveal their sexual orientation or gender identity. The day was initially a day when private and public figures came out as gay; public figures often did so in the media to raise awareness.

It has since expanded to also be a celebratory holiday where people wear pride symbols and the day now also includes coming out as gay, lesbian, bisexual, as well as transgender, genderqueer, or another gender identification.

When is National Coming Out Day?

How is this day honored/celebrated?

Celebrities who celebrate their birthday on October 11th :

Do you celebrate this special day? This is just one of the holidays celebrated in October. Halloween, Taco Day, Arthritis Day and many more!!  Do you have a favorite holiday in October?