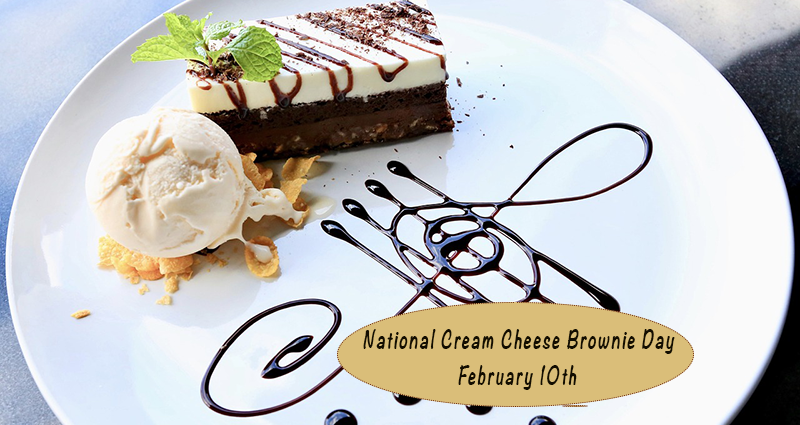 National Cream Cheese Brownie Day is celebrated every year on the 10th day of February.

The best way to celebrate this delicious holiday is by baking these gems. It’s no fun to eat them alone so we suggest bringing cream cheese topped brownies to work or have friends over for the sweet treat. Whether you have it for breakfast, after lunch or for dessert, it is a delicious treat. Of course, celebrating with friends and family makes the holiday that much sweeter. Looking for a recipe – check out this Betty Crocker recipe.