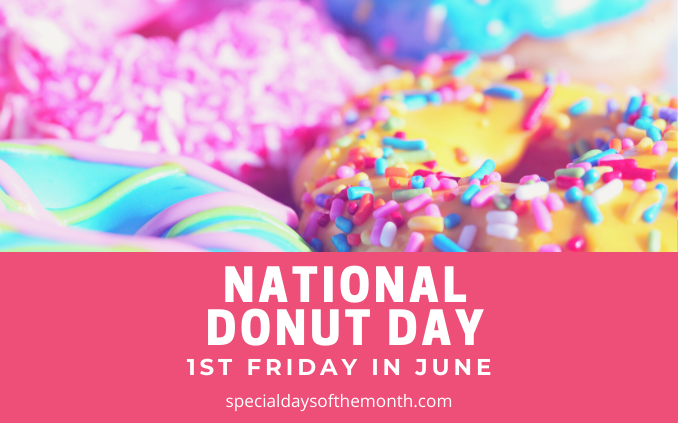 National Donut Day is so delicious it’s celebrated twice a year, the first Friday in June and and then again on November 5th. The celebration of the donut began in 1938 when the The Salvation Army in Chicago, honored members who served doughnuts to soldiers during World War I. The event was organized as a fundraiser. A doughnut is a ring-shaped fried dough and is usually rolled in sugar or topped or glazed with icing. Doughnuts can also be filled with jam, custard, or cream.

When is National Donut Day:

The first Friday in June.