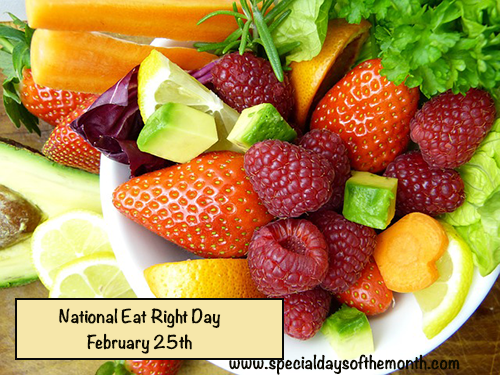 With everyone trying to eat right it makes sense that it should have its very own day. In reality, this day is a to honor famous nutritionist, Adelle Davis. Adelle, who was born on February 25, 1904, was an advocate in the nutrition movement.  Adelle was a proponent of eating whole unprocessed foods, she criticized food additives, and claimed that dietary supplements and other nutrients played a huge role in preventing diseases and restoring health when recovering from a disease.

When is National Eat Right Day?

Every year the holiday is celebrated on February 25th, Adelle Davis’ birthday.

Celebrities who celebrate their birthday on February 25th: