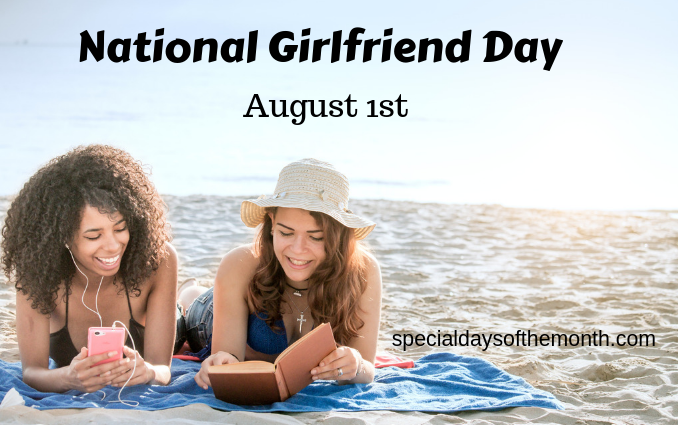 National Girlfriend Day, a day to honor that special person in your life – frequently known as your “best friend”. This day is a time to show them how much you appreciate them, how special and important they are to you and how you cherish their friendship. That special bond can be between friends, family or co-workers. Similar to National Best Friend’s Day, it is a day to celebrate together.

When is National Girlfriend Day?

How is National Girlfriend Day Celebrated?

Celebrities who celebrate their birthday on August 1st: