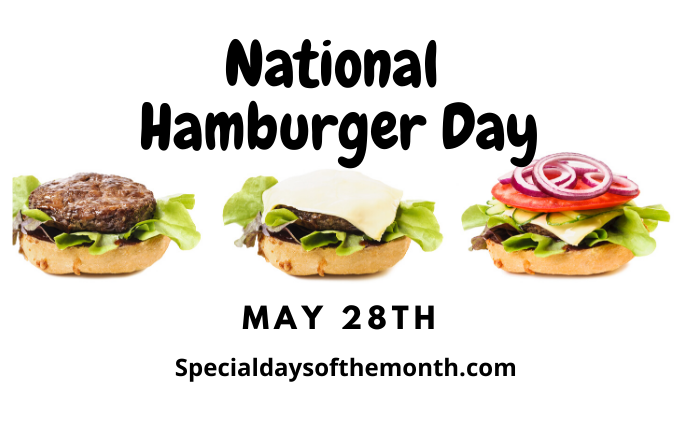 National Hamburger day is all about the burger. Hamburgers got their name from Hamburg, Germany where a cut of beef called the Hamburg steak is from. Hamburgers have a number of varieties – including with cheese or without, a bacon cheeseburger, or add the mushrooms and guacamole for some additional flavor. You name it – it’s okay to add it to your burger – that includes the special hangover burger, that tops the burger with an over easy egg.

When is National Hamburger Day?

Famous Birthdays on May 28th: