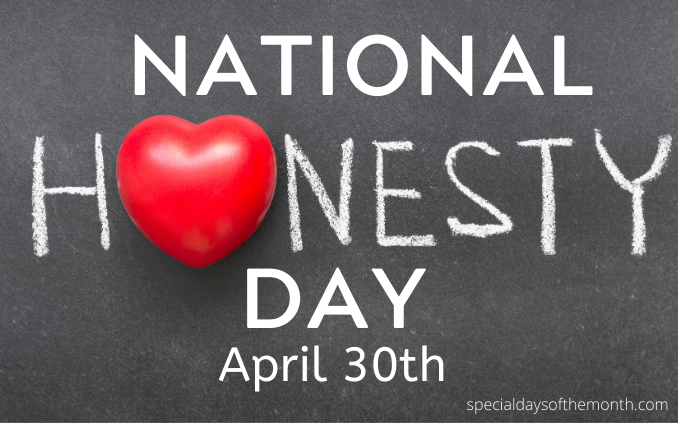 National Honesty Day encourages everyone to be honest not just on April 30th but every day. If we speak the truth all the time and are honest, people value what we have to say and believe us when we speak. There are few rules around this holiday, but being honest shouldn’t be a holiday, it should be something celebrated all year round. Honesty day was initially created for political reasons. It was a day to prevent political lies and to increase awareness of the most deceitful lies in history, such as Watergate.  Honest is something appreciated by

When is National Honesty Day Celebrated?

How Can We Celebrate This Day? 

Facts/Trivia about the Day:

 Celebrities who celebrate their birthday on April 30th: