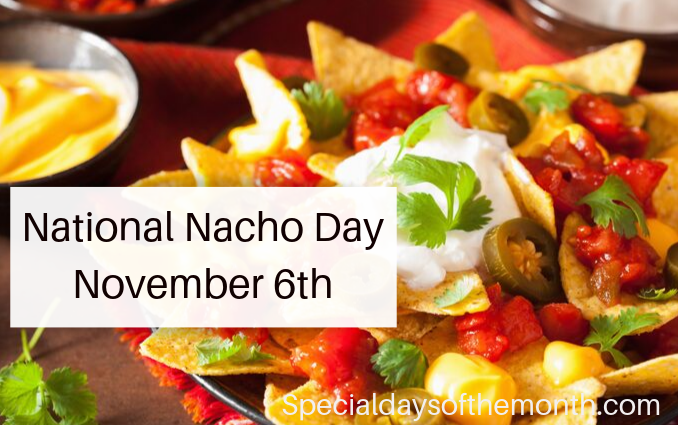 National Nachos Day is a day set aside to celebrate nachos – because who doesn’t love nachos? Nachos are tortilla chips covered in nacho cheese or other melted cheese and served with salsa. First created sometime around 1943, the popular and loved nachos are of Mexican origin.  Nachos can be made quickly and served as a snack, an appetizer or prepared with extra ingredients as a full meal.

When is National Nachos Day?

How is National Nacho Day celebrated?

Celebrities who celebrate their birthday on November 6th: