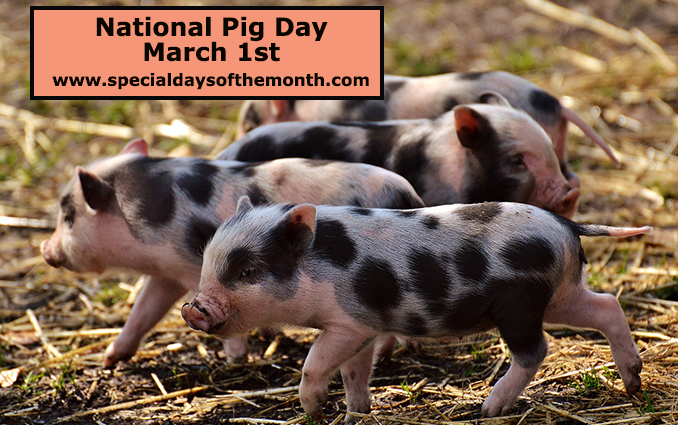 National Pig Day is a special day to honor a very fascinating and adorable animal. The pig gets to hog the spotlight each year as we celebrate its place as human’s  most intellectual, domesticated animal. Pig Day, was created in 1972 by two sisters, Ellen Stanley and Mary Lynne Rave. Considering how important the pig is to diets and economies across the world, it’s no surprise that Pig Day has caught on all over the world.

When is National Pig  Day?

This holiday is celebrated annually on March 1st

How is National Pig Day celebrated?

Celebrities who celebrate their birthday on March 1st: