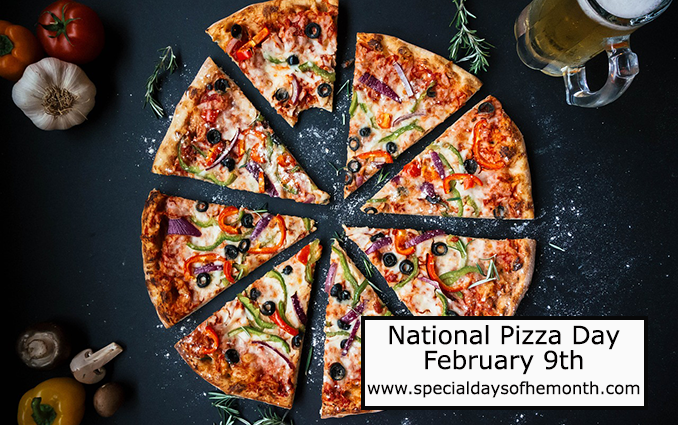 National Pizza Day is a day that celebrates one of America’s favorite foods, besides hotdogs of course, a flat, usually, round baked dough covered with sauce, cheese and sometimes meatballs, sausage, mushrooms or anchovies. This is a holiday where people can enjoy one of the most popular and iconic dishes in the world and kick back with a slice as they spend time with friends and family. The pizza wasn’t invented until the 18th century in Naples, Italy. It wasn’t until years later that Italian immigrants began to bring this dish home to the United States.

When is National Pizza Day

This holiday is celebrated on February 9th every year

How to Celebrate National Pizza Day