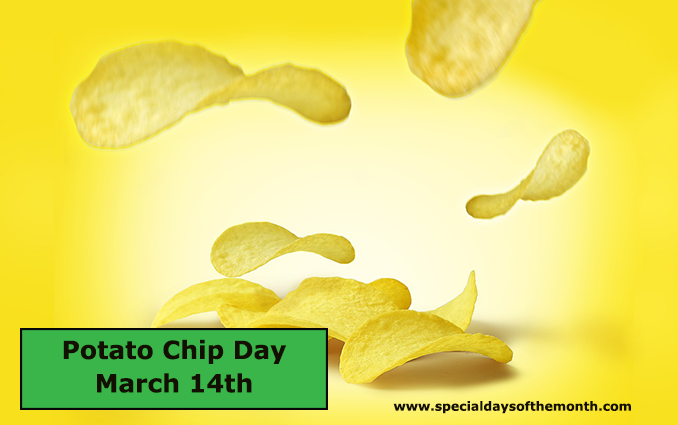 One of America’s favorite snacks is potato chips. The potato chip was said to be invented by an Irish Chef by name of George Crum. Thanks to a picky customer who kept sending his fried potatoes back because he thought they were too thick and soggy, Crum created a potato sliced so think they couldn’t be eaten with a fork. The customer loved them and they became a regular menu item.

When is National Potato Chip Day?

Celebrities who celebrate their birthday on March 14th :