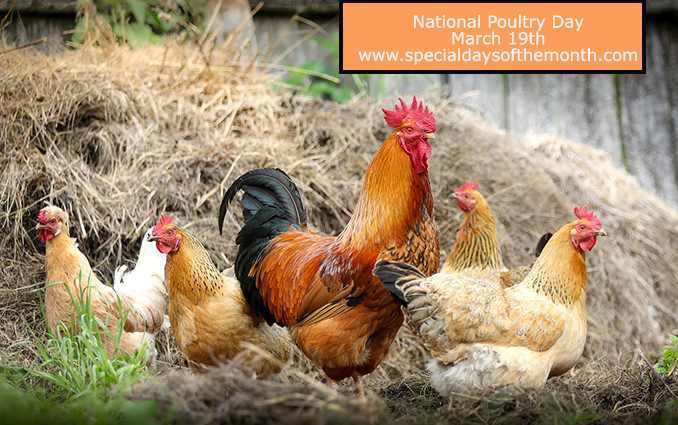 Poultry refers to domestic birds that are raised for meat and eggs. This includes chicken, turkey, ducks, geese, quail, and pheasant. Poultry is farmed in great numbers with chickens being the most numerous. National Poultry Day, March 19th, celebrates our “fine-feathered friends”.

How is National Poultry Day Celebrated?

Celebrities who celebrate their birthday on March 19th: