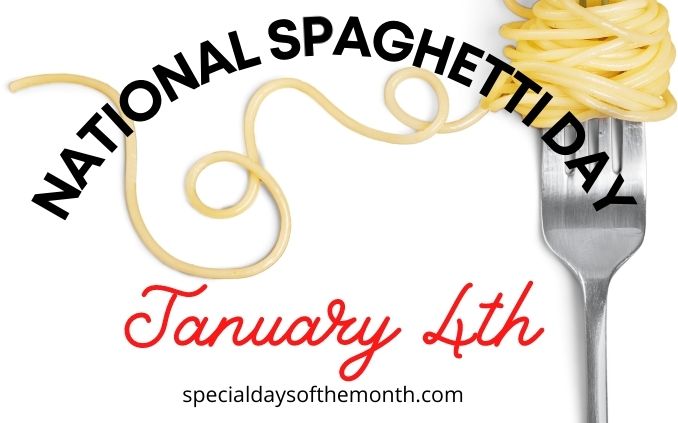 Spaghetti is by far the most well known pasta of all the pastas. With more than 600 known pasta shapes – spaghetti is a fan favorite. Pasta is the Italian word for dough. It can be enjoyed as a main course, or as a side dish. Top it with your favorite sauce or eat it plain or with butter and you are good to go.

The Arabs invented spaghetti thousands of years ago, long before it became a staple of Italian cuisine.

When is National Spaghetti Day?

How to Celebrate National Spaghetti Day:

Celebrities who celebrate their birthdays on January 4th:

Hashtags to use for Social Media to Celebrate the Day:

Check out the other holidays celebrated in January.

Another holiday celebrated on January 4th is Trivia Day