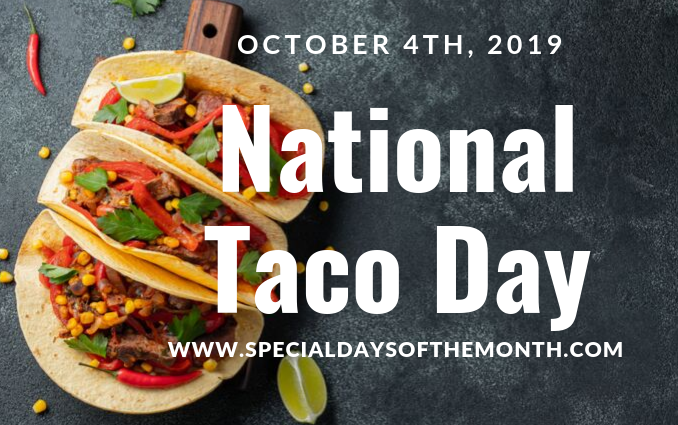 Who doesn’t love tacos? While we already have Taco Tuesdays and Cinco De Mayo, now there is a day to celebrate tacos. Taco Day is a day that promotes the consumption of tacos – not that we need an excuse to eat tacos. In the United States National Taco Day is celebrated on October 4. In Mexico tacos are celebrated on March 31.

When is National Taco Day Celebrated?

In the U.S on October 4th – every year and in Mexico on March 31st

How do we celebrate Taco Day?

Celebrities who Celebrate their Birthday on October 4th: