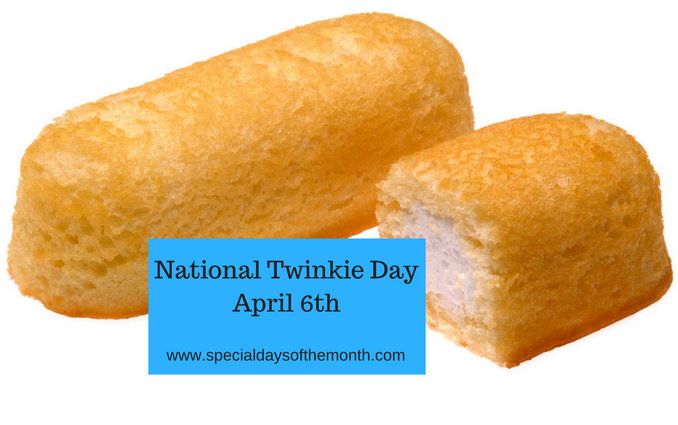 Twinkie Day is about celebrating one of America’s favorite snack cakes. Marketed as a “Golden Sponge Cake with Creamy Filling. Twinkies were invented in Schiller Park, Illinois, by James Alexander Dewar, a baker for the Continental Baking Company. Since there were several machines that were used to make the cream-filled strawberry shortcake that was being used during the off strawberry season, Dewar decided to fill a snack cake with banana cream, which he dubbed as the Twinkie.

When is National Twinkie Day?

How is Twinkie Day celebrated?