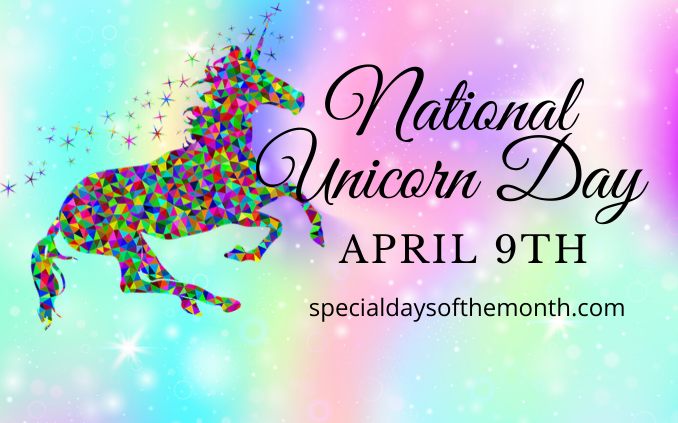 National Unicorn Day  The unicorn, a symbol of a miracle or something magical, was first heard about in the 14th century. The unicorn was thought to be real, much like the mermaid. In reality, a unicorn is a mythical animal typically represented as a horse with a single straight horn projecting from its forehead.

When is National Unicorn Day?

How can you celebrate National Unicorn Day?