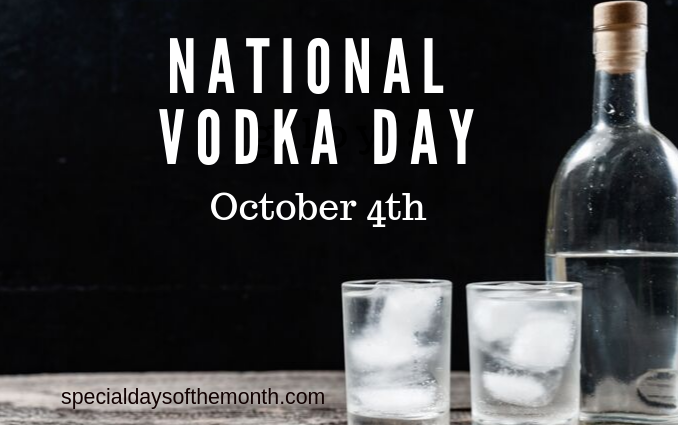 National Vodka Day is a marketing creation that has been celebrated in the United States on October 4 since  approximately 2009. With every day being a special day for something, vodka needs a day to itself.

When is National Vodka Day Celebrated?

How to Celebrate Vodka Day?