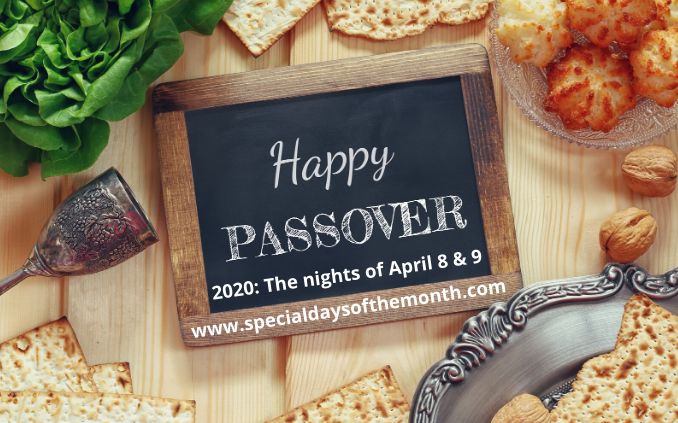 Passover celebrates the Exodus, the freedom from the slavery of the children of Israel from ancient Egypt. The story of Passover is that Pharaoh, feeling threatened by the success of the Israelites, enslaved them with cruel and bitter labor. Moses, joined by his older brother Aaron, went to Pharaoh and demanded the release of the Israelites. Pharaoh repeatedly said no–nine times – which is where the plagues come from.  Each time he said no, another plague struck Egypt. In the year 1313 BCE (Before Common Era or BC), God sent the last of the ten plagues on the Egyptians, killing all of their firstborn. At the same time, He “passed over” the homes of the Israelites whose doors were painted with lamb’s blood, sparing them, and hence, lending the name of the holiday.

When is Passover Celebrated?

Since the Hebrew calendar is 354 or 355 days, the holiday falls out on a different day each year.

When Is the Seder?

The Seder feast is held on the first two nights of Passover, after sunset. Here are the dates of the Seder for the upcoming years:

How is The First Day of Passover Celebrated?