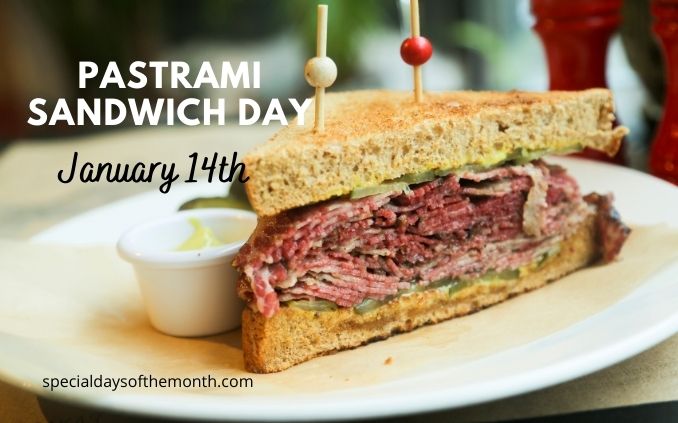 The hot pastrami sandwich is one that will make your mouth water. When served, the deli typically slices the pastrami and places it between two slices of rye bread. Sometimes, the classic New York deli sandwich (pastrami on rye) is served with coleslaw and Russian dressing. The sandwich is said to have been created by a New York kosher butcher, Sussman Volk in 1887. He claimed to have gotten the recipe from a Romanian friend in exchange for storing his luggage. Due to the popularity of the sandwich, Volk converted his butcher shop into a restaurant to sell pastrami sandwiches.

How to Celebrate the holiday:

Famous People who celebrate their Birthday on January 14th: