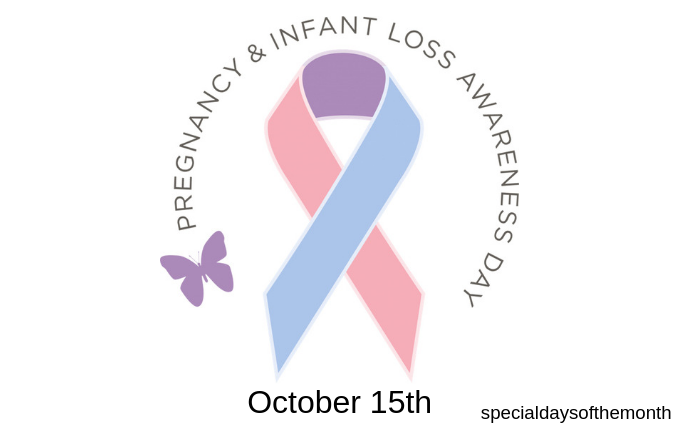 Pregnancy & Infant Loss Day is a day set aside to raise awareness about the problem of pregnancy loss and infant death as a result of miscarriage, stillbirth, sudden infant death syndrome or the death of a newborn. While it was first recognized in the United States and Canada, Australia also observes it. Pregnancy and infant loss is heartbreaking for the parents, grandparents, family and friends. Bringing an awareness to the loss is important for everyone concerned.

How is this Day Honored?

Celebrities who celebrate their birthday on October 15th: