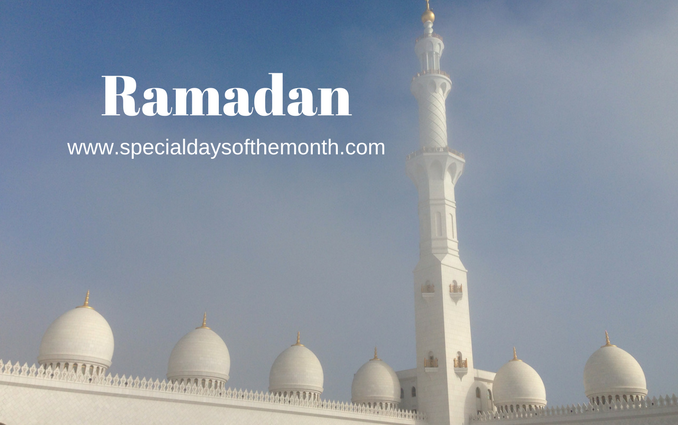 Ramadan is a religious holiday observed by Muslim people worldwide. The month lasts 29–30 days based on the sighting of the crescent moon. The holiday entails a month of fasting to commemorate the first revelation of the Quran to Muhammad.  Fasting is one of the five fundamental principles of Islam.  This year, Ramadan begins on May 16th. Ramadan in 2018 will start on Wednesday, the 16th of May and will continue for 30 days until Thursday, the 14th of June.

Ramadan lasts 29–30 days and is based on the lunar calendar, which means that each month begins with the sighting of a new moon. Because lunar months are shorter than the solar months used elsewhere, Islamic holidays begin on different days each year. Each year,Ramadan begins about eleven days earlier than in the previous year.

How is Ramadan Celebrated?

Celebrities who celebrate their birthday on May 16th:

Other holidays in May include Foster Care Day, Brother and Sisters Day and Nascar Day, as well.