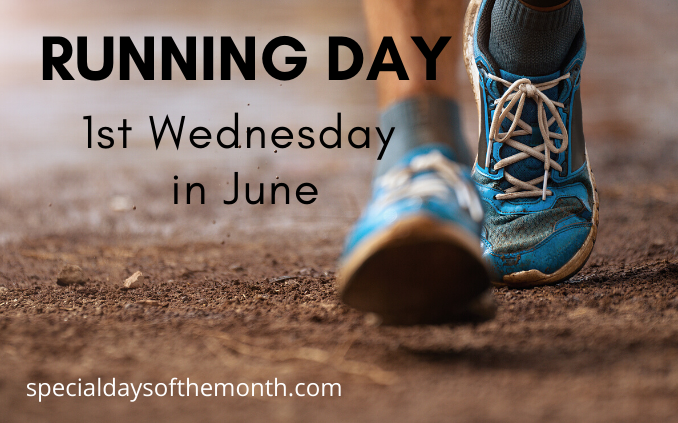 Running Day is a holiday celebrated both globally and nationally on the 1st Wednesday in June. Either day you choose to celebrate they both involve getting exercise and trying to remain healthy.  The day initially began as a national day and has since been changed to a global day. We understand the day becoming global and propose changing the name to Global Running Everyday since running is extremely popular and we aim to exercise everyday. The first official Global Running Day was held on June 1, 2016 when more than 2.5 million people from 177 countries pledged to run more than 9.2 million miles.

When is Global Running Day:

Celebrated the 1st Wednesday in June

Facts/Trivia About the Day: